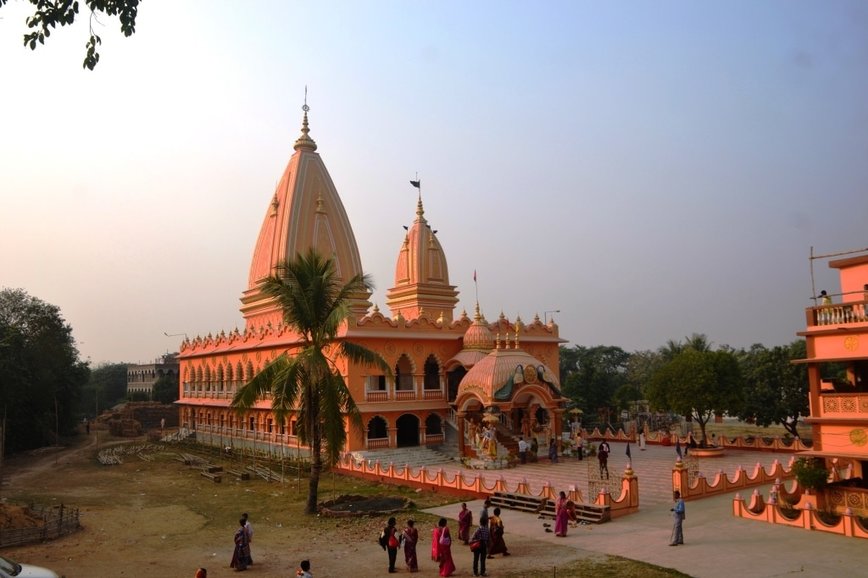 A hired bus will take our group of participants from Mayapur to Ekachakra.
We will leave on the 24th of December 2022 at 5am outside the Main Gate of Mayapur temple.
We will return to Mayapur on the 28th of December around lunch time.
​ 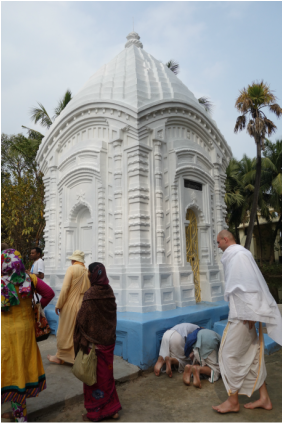 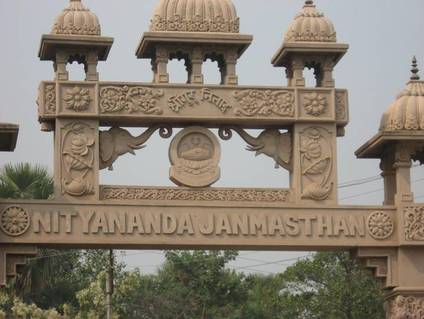 This most merciful personality appeared in Ekachakra Dham. Here is a little bit about the history and geography of Ekachakra Dham, the place where our Holy Name Retreat will take place soon:

Krishna's heart broke when the Pandavas were sent in exil. He loved them all very much and couldn´t bare thoughts of separation from them. But political and social circumstances wouldn´t allow Him to accompany them. But He wanted to ensure their protection and so He gave them His Sudarshan-Chakra. Wherever the Pandavas were staying in exil, Krishna's Sudarshan-Chakra was staying above them, always on guard to protect them. The Pandavas stayed some time in Ekachakra, while in exil. And it was because of the predominant presence of the Sudarshan-Chakra, that the place became known as Ekachakra. This village of Ekachakra was formerly located at the far East end of what is now called Chandrapur. It was centred around the birth- and pastime-places of Lord Nityananda. 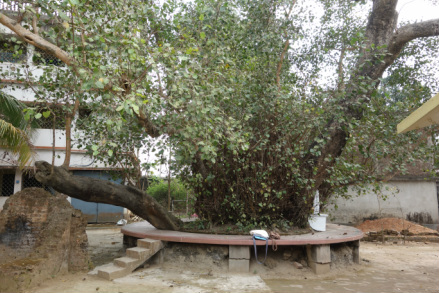 After Lord Nityananda left Ekachakra at the age of twelve, many of His associates left this world in separation.

That prosperous and beautiful village became deserted. A little later a Muslim settlement developed just next to Nitai´s birth-place. Lord Nityananda´s son, Pira-Candra, sent the Muslims away from this area and re-established the places according to a Vaisnava village. Then the village became known as Pira-Candrapur. It is still known by that name today. If you ever catch a bus to Ekachakra, you have to ask for Pira-Candrapur - not for Ekachakra, because nobody today knows the name Ekachakra. 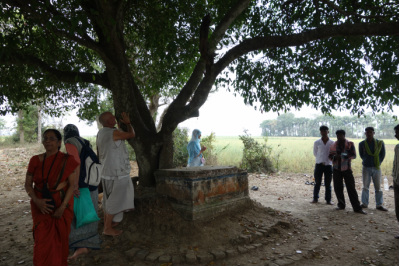 The river Yamuna flows through Ekachakra and according to Bhakti-ratnakar it was previously a wide river, lined with trees. Many animals also lived in this beautiful forests. Now these forests are no more visible and the Yamuna appears as a small rivoulet during most of the year. Approximately 4000 native residents presently live in Ekachakra Dham. The Ekachakra visible to our eyes is pure and not so much touched yet by modern civilisation. The sound audible there are the flowing of the river, cows mouing, children chatting and birds singing...- simply beautiful!" (by H.G. Srimati Mataji)
"The real strength is spiritual strength. That spiritual strength is Sri Balaram. "Bala" means strength. Therefore we have to take shelter of the lotus feet of Sri Balarama, Guru-tattva. Sri Balarama means Guru-tattva. Sri Balarama represents Sri Guru. Without the mercy of Sri Balarama you cannot understand, you cannot realize your spiritual identification. So that Sri Balarama comes as Sri Nityananda Prabhu." (by Srila Gour Govinda Maharaja) 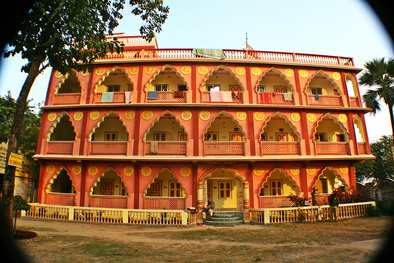 The accommodation during the retreat will be in the new ISKCON Guest House. These facilities will be offered on donation basis. Please come and be our guest - we will feel honored to receive you in Vaisnava hospitality.